The U.S. Capitol in Washington, Monday, Oct. 4, 2021, as President Joe Biden urged Republican senators to “get out of the way” and let Democrats suspend the nation’s debt limit, hoping to keep the U.S. government from bumping dangerously close to a credit default. (AP Photo/J. Scott Applewhite) 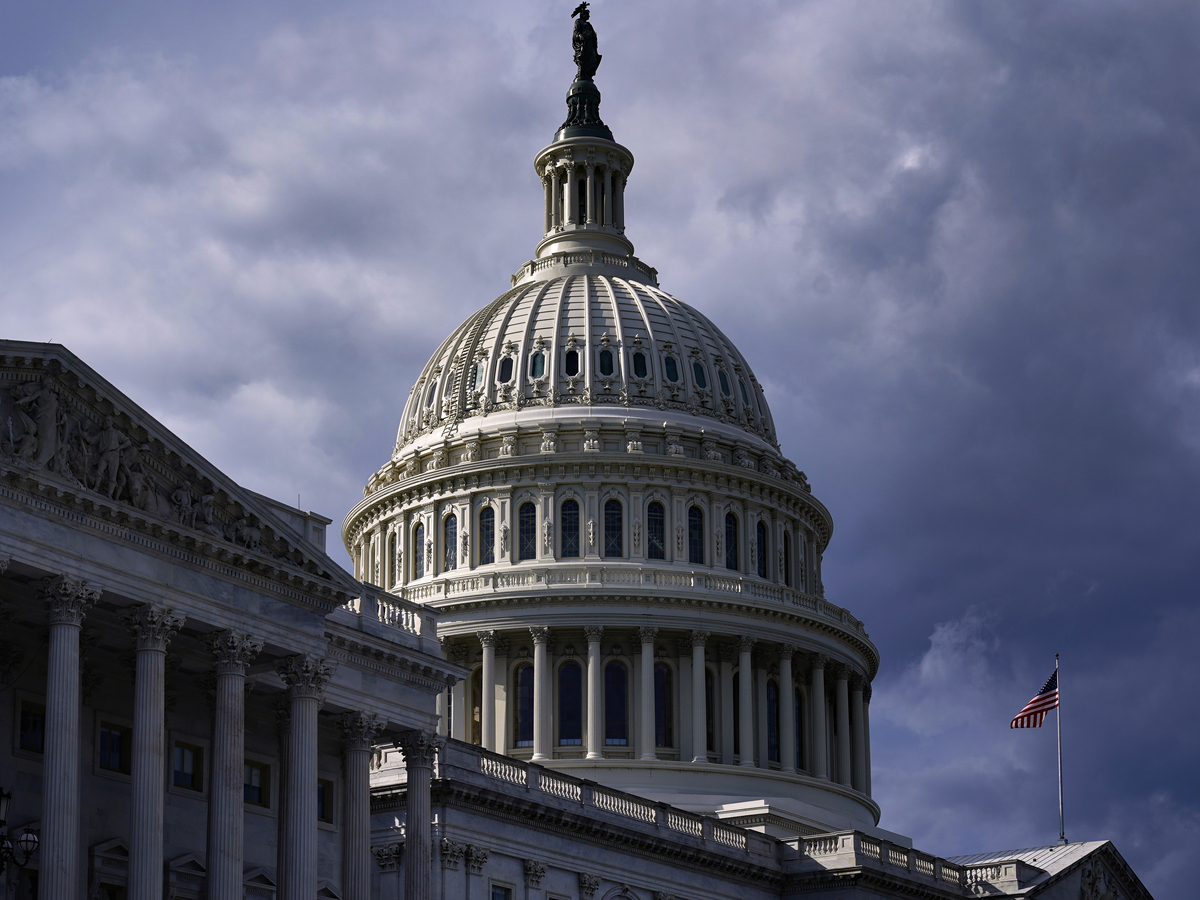 The U.S. Capitol in Washington, Monday, Oct. 4, 2021, as President Joe Biden urged Republican senators to “get out of the way” and let Democrats suspend the nation’s debt limit, hoping to keep the U.S. government from bumping dangerously close to a credit default. (AP Photo/J. Scott Applewhite)

Senate Democrats are trying a fresh attempt to stave off a potential debt default with a Wednesday afternoon vote meant to pressure Republicans into dropping their blockage of legislation to address the nation’s borrowing limit.

Senate leaders scheduled a procedural vote on a bill to suspend the debt limit through December 2022. The legislation already passed the House, but it needs 60 votes to pass to overcome a filibuster in the Senate. Republicans have repeatedly promised to block it.

Failure to suspend the debt ceiling would be a major blow to lawmakers concerned about preventing the first default in American history.

Senate Majority Leader Chuck Schumer, D-NY, and Republican Leader Mitch McConnell, R-Ky., have been in a months-long standoff over which party is responsible for the nation’s debt and every detail of how it should be addressed.

Democrats and Republicans are now entrenched in a battle over the exact process for addressing the borrowing limit, leaving the two sides bitterly divided on a way forward.

Schumer has blamed McConnell for forcing the standoff.

The default deadline is rapidly approaching, regardless of who is to blame for the current battle.

Treasury Secretary Janet Yellen has set a deadline of Oct. 18 for Congress to act, or the agency risks being unable to pay its bills. Yellen has warned that child tax credits, Social Security benefits, child tax credits and military paychecks are all in jeopardy if this political stalemate continues.

“Failing to increase the debt limit would have catastrophic economic consequences,” the Treasury Department has said. “It would cause the government to default on its legal obligations – an unprecedented event in American history. That would precipitate another financial crisis and threaten the jobs and savings of everyday Americans – putting the United States right back in a deep economic hole, just as the country is recovering from the recent recession.”

Where do Democrats go from here

If the cloture vote fails, Democrats will need a way to advance the legislation with a simple-majority vote. There are at least two ways to do that.

Budget reconciliation, which Senate Democrats are already planning to use to pass President Biden’s “human infrastructure” priorities, is a process that allows lawmakers to pass a bill with a simple majority vote.

McConnell insists it should be easy for Democrats to apply that process to the debt, no matter how long and complicated it could be.

Senate Democrats would first have to advance a budget resolution, undergo a vote-a-rama where additional Senate amendments are considered, wait while the House passes its own reconciliation passage, and then pass the legislation.

Schumer told reporters on Tuesday that he’s not interested in using reconciliation, which he called a “drawn-out, convoluted and risky process.”

The second option to move forward with a simple-majority vote? Getting rid of the legislative filibuster. But this path is also a rocky one, with at least two Democratic senators – Joe Manchin of West Virginia and Krysten Sinema of Arizona- vehemently opposed to doing away with the filibuster.

While there have been conversations about a “carve-out” of the filibuster rule for the debt ceiling, the reality is that once the filibuster is busted, it’s busted.

It hearkens back to when the filibuster was previously eliminated for judicial nominees, an action that ultimately led to the filibuster’s elimination for Supreme Court nominees.