The “House on Fire” ruins is one of the ancient sites in the Bears Ears region near Blanding, Utah. The land holds significant cultural value to Native American tribes in the region. 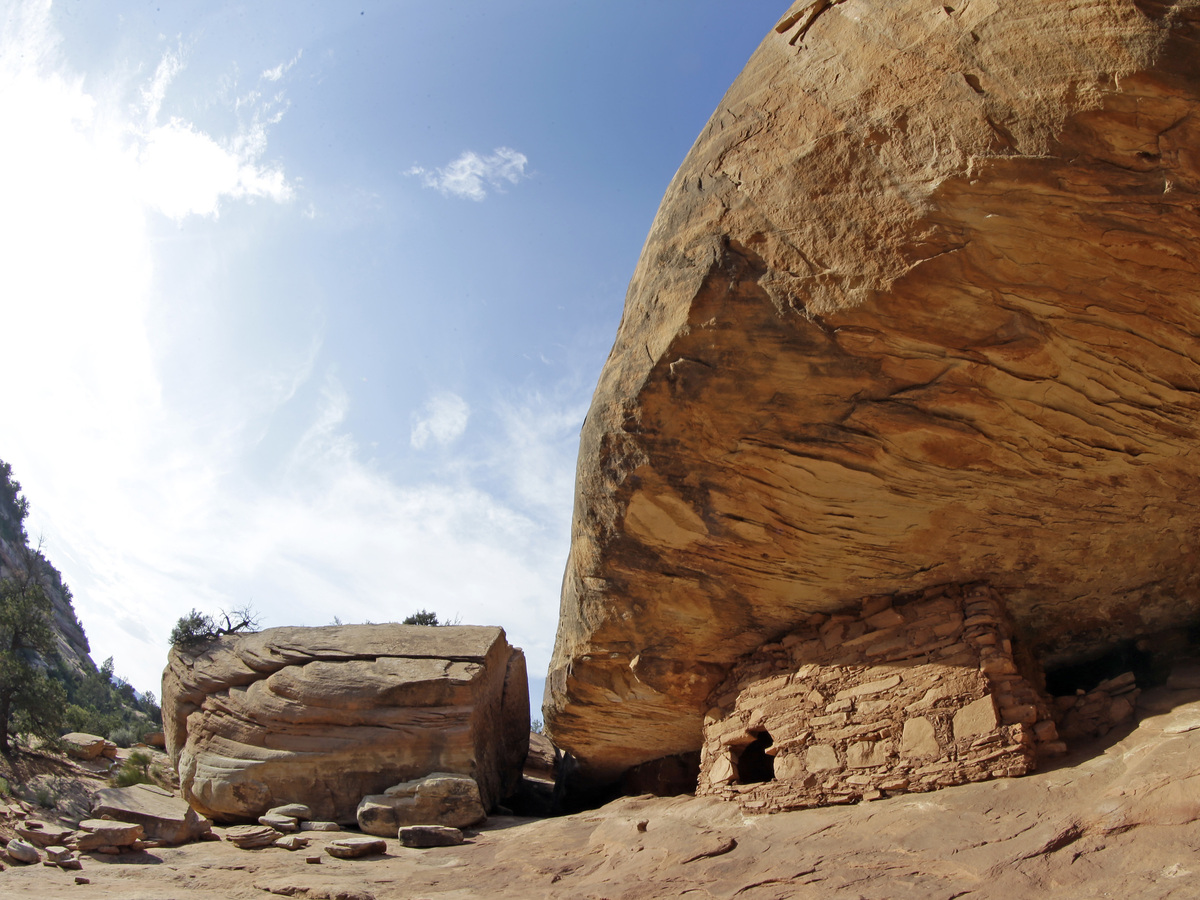 The “House on Fire” ruins is one of the ancient sites in the Bears Ears region near Blanding, Utah. The land holds significant cultural value to Native American tribes in the region.

President Biden will restore the boundaries of Bears Ears, Grand Staircase-Escalante and Northeast Canyons and Seamounts National Monuments at a signing ceremony on Friday, the administration announced on Thursday evening.

The Bears Ears National Monument, which was created by President Barack Obama shortly before he left office, will go back to 1.36 million acres acres and Grand Staircase will be restored to 1.87 million acres.

The White House said, “The President’s protection of these three national monuments is among a series of steps the Administration has taken to restore protections to some of America’s most cherished lands and waters, many of which are sacred to Tribal Nations.”

The legal battles may not be over

In 2017, President Donald Trump signed an executive order that dramatically downsized Bears Ears by 85% and cut Grand Staircase in half; it was the largest reversal of U.S. land monument protections in history.

The land is considered sacred to several Native tribes — including Navajo Nation, Hopi Tribe, Ute Indian Tribe, Ute Mountain Ute Tribe and Pueblo of Zuni. The area is rich in artifacts and full of ancient camping areas and burial grounds.

Environmental and tribal leaders sued the Trump administration but that lawsuit has been on hold since Biden issued an executive order in January to look further into the matter.

But Biden’s decision may not prevent future lawsuits.

Utah Gov. Spencer Cox, a Republican, has said his state would sue Biden if he restored the land unilaterally. Cox has instead advocated for handling the land’s status through a bill in Congress. That way, it would avoid the back-and-forth of land ownership, especially if control of the White House changes.

Interior Secretary Haaland has a key role on the monuments issue

Interior Secretary Deb Haaland — the first Native American Cabinet secretary in U.S. history — visited southern Utah in April to survey both monuments and meet with tribal leaders and elected officials in the state.

“How we manage public lands and national monuments is important — not just to the Tribes and ranchers and elected leaders and others who I met with this week, but to the many generations to come,” Haaland said at the time.

She has since submitted her report on restoring the lands to the president, as asked for in the executive order he signed in January. The Washington Post said that Haaland’s recommendation in the report, which is not public, was for the president to restore the land.

In recent weeks, tribal leaders had been putting more pressure on Biden to take action.