Attorney General Merrick Garland told the House Judiciary Committee that “the Department of Justice has a long-standing policy of not commenting on investigations.” 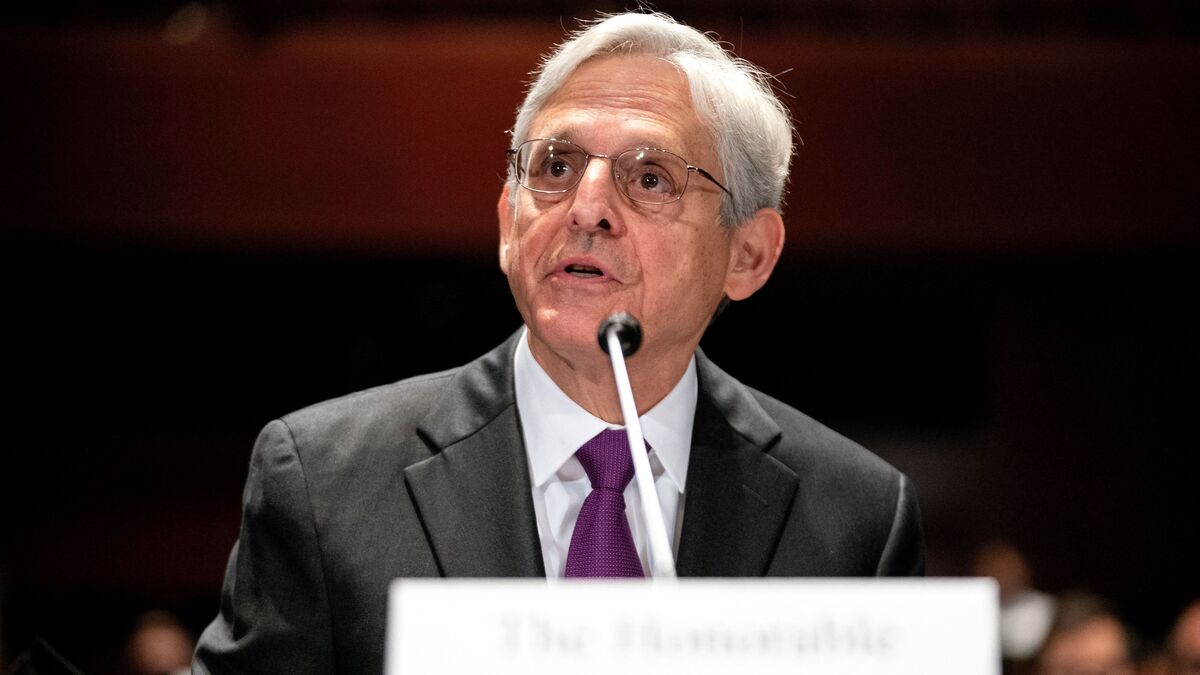 Attorney General Merrick Garland told the House Judiciary Committee that “the Department of Justice has a long-standing policy of not commenting on investigations.”

Attorney General Merrick Garland deflected questions about whether the Justice Department is investigating legal violations by former President Donald Trump and about the reach of the ongoing probe into the U.S. Capitol riots on Jan. 6 at his first congressional oversight hearing since he arrived to run the Justice Department seven months ago.

Garland, who had been an appeals court judge for more than two decades before joining the Biden administration this year, told members of the House Judiciary Committee that he is laboring to keep the Justice Department out of politics after four years of chaos during the Trump presidency.

“The Department of Justice has a long-standing policy of not commenting on investigations,” Garland said. “I’m going to have to rest on that.”

Democratic lawmakers pushed Garland to defend congressional interests as a criminal contempt of Congress referral for former Trump adviser Steve Bannon makes its way to the Justice Department this week.

Citing executive privilege, Bannon is refusing to cooperate with the congressional panel investigating Jan. 6 insurrection, even though he had not worked in the Trump White House for years at the time of the riot. Garland pledged that the acting U.S. attorney in the District of Columbia would follow the facts and the law, but did not otherwise show his hand on the issue.

Rep. Steve Cohen, D-Tenn., also pressed the attorney general about why the Justice Department decided to weigh in on behalf of Trump in a civil case filed by E. Jean Carroll alleging the former president sexual assaulted her and later defamed her.

Sometimes being attorney general, or a judge, Garland replied, “means taking positions with respect to the law that are required by the law which you would not take as a private citizen.”

Multiple Republican members of the committee focused on a recent memo by Garland that calls on the FBI and other Justice Department officials to monitor and take action against violent threats made against teachers, school board members and others.

GOP lawmakers and conservative media outlets have accused Garland of labeling parents as domestic terrorists and calling for their prosecution. He said he never used those words in his memo. Rather, he said, the department is trying to prevent violence as threats proliferate against school workers, election staffers and others.

“The Justice Department supports the First Amendment rights of parents to complain as vociferously as they wish,” Garland said. “That’s not what this memo is about.”

“No, FBI agents will not be attending local school board meetings,” Garland said.

GOP Rep. Mike Johnson of Louisiana accused Garland of having a potential conflict of interest because his son-in-law co-founded a company that does business with school districts across the nation. But the attorney general forcefully denied any conflict, pointing out that his memo has nothing to do with corporate interests.

“I am exquisitely aware of the ethics requirements,” Garland said. “I have followed them and lived with them for 25 years.”

Five military veterans advising Sen. Sinema resign, calling her one of the principal obstacles to progress

What we know so far about Trumps planned social media platform