Rep. Adam Kinzinger R-Ill., who voted for former President Trump’s impeachment, says he will not seek re-election to the House. 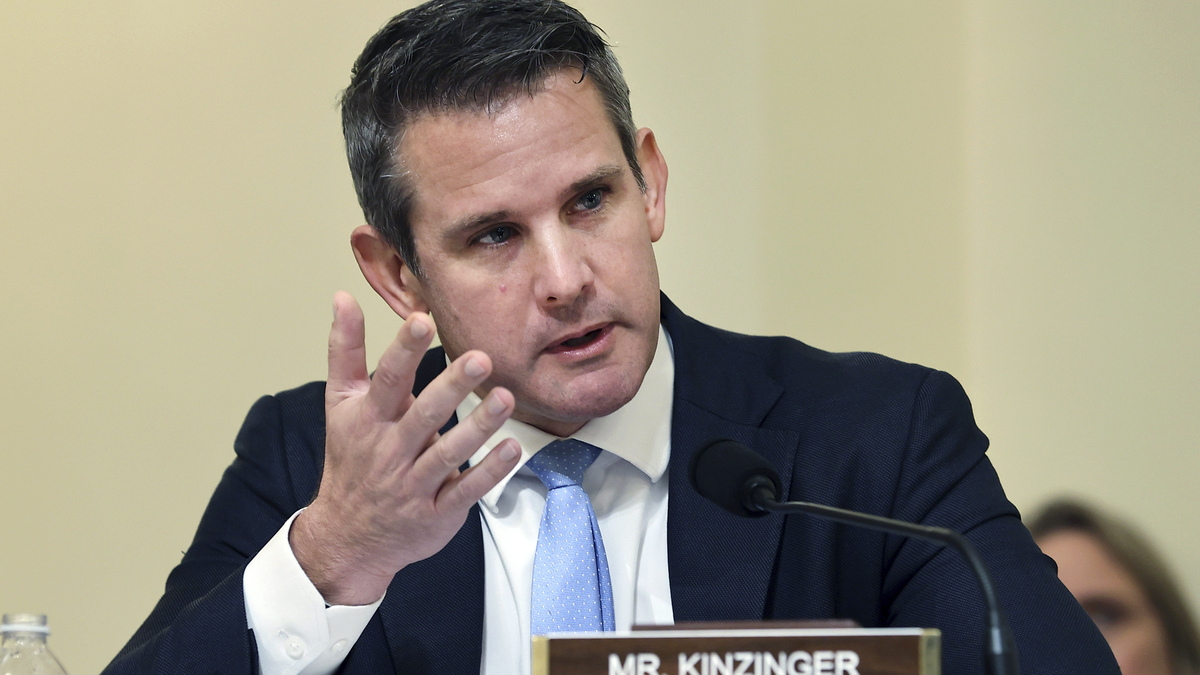 Rep. Adam Kinzinger R-Ill., who voted for former President Trump’s impeachment, says he will not seek re-election to the House.

Rep. Adam Kinzinger, R-Ill., announced Friday that he will not run for another term in Congress next year.

Kinzinger was one of 10 House Republicans who voted to impeach former President Donald Trump in January, and the second to announce they will not seek reelection.

In a video posted on Twitter, Kinzinger said that “the time is now to move on.”

“My disappointment in the leaders that don’t lead is huge,” he said in his video message. And he was critical of the partisan bent both major political parties have taken, noting they survive by appealing to the “most motivated and most extreme elements” in them. “Because in this day, to prevail or survive you must belong to a tribe.”

Kinzinger was a frequent critic of Trump, and is one of two Republicans on the select committee investigating the Jan. 6 attack on the Capitol by a mob of Trump supporters.

In his message he also noted the lack of civility in politics these days. “Dehumanizing each other has become the norm” from social media to the streets, he said, urging people to “put country first.”

The Republican is in his sixth term, representing a Chicago area district that is expected to be radically redrawn by Democrats in the Illinois Legislature, putting his reelection prospects in doubt. When the first draft map was released, Kinzinger, an Iraq War veteran, said he was going to review his options, “including those outside the House.”

And Kinzinger’s message didn’t close the door to a future in politics. “I want to make it clear, this isn’t the end of my political future, but the beginning.”