President Biden waves to members of the press as he walks on the South Lawn of the White House after stepping off Marine One on Nov. 10, in Washington, D.C. Biden is under pressure to do more as prices continue to surge. 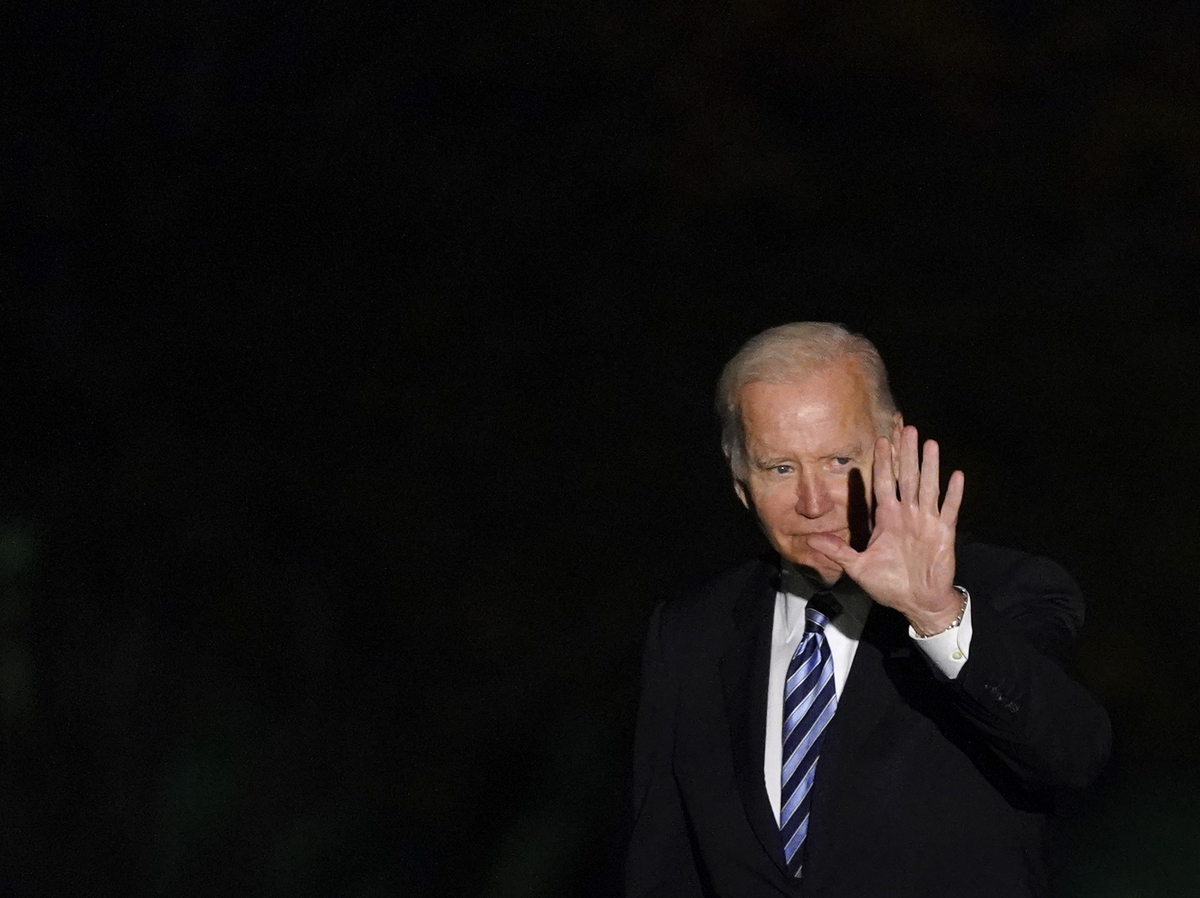 President Biden waves to members of the press as he walks on the South Lawn of the White House after stepping off Marine One on Nov. 10, in Washington, D.C. Biden is under pressure to do more as prices continue to surge.

Bernice Rink didn’t need to see this week’s eye-popping inflation report to know that prices are getting painfully high. She can see it every time she goes to the supermarket.

“Oh my God,” says Rink. “You can hardly buy groceries.”

Prices of everyday items have surged during the pandemic, thanks to a toxic combination of staffing shortages and supply chain woes. The rising prices are souring the national mood, and taking a political toll on President Biden.

Grocery prices in October were 5.4% higher than a year ago, according to the latest consumer price index. Overall inflation was 6.2%, the highest annual figure in more than three decades.

High inflation poses a particular challenge for people on fixed incomes like Rink, a retiree in Washington, D.C. She relies on Social Security, and her monthly benefit of $1,578 doesn’t stretch as far as it used to.

“You have chicken, which is the cheapest thing you can buy — $11,” Rink says in exasperation. “Not a family pack, mind you. A regular pack. Everything has increased.”

According to the government’s tally, chicken prices in October were 8.8% higher than a year ago. Beef and pork prices have climbed even more.

Energy prices are among the biggest drivers of inflation. Rink is paying almost 50% more for gasoline now than she did a year ago, and 28% more for the natural gas that she uses to heat her house.

“It’s supposed to be a really cold winter,” she says. “Do I keep a roof over my head? Or do I pay to stay warm?”

A motorist fills a vehicle with gasoline at a Shell station on Nov. 5 in Denver. Energy prices are among the biggest drivers of inflation. 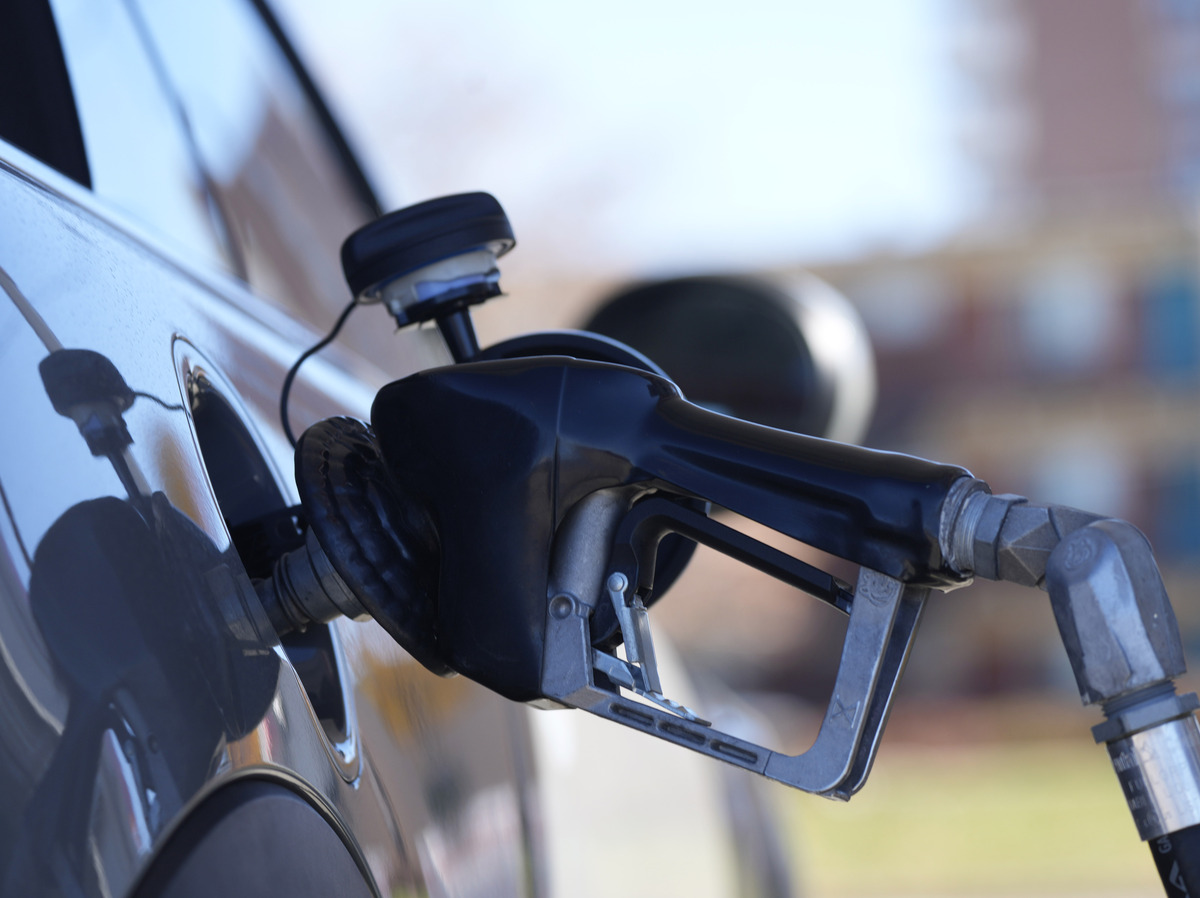 A motorist fills a vehicle with gasoline at a Shell station on Nov. 5 in Denver. Energy prices are among the biggest drivers of inflation.

High energy prices are a special burden on the elderly

Winter bills are likely to be even higher for those who rely on heating oil, like Nick Apodiakos, who shares a house in Boston with his 94-year-old mother.

Heating oil prices have soared 59% in the last year.

Like others on the program, her benefits will increase in January by 5.9%. That’s the biggest cost-of-living increase that the government has granted in four decades. But it’s already been eclipsed by inflation.

“Before, you’d go to the store and if you had $100, you could buy four bags of groceries and be happy,” says Nick Apodiakos. “Now, you’re lucky to get a bag. Milk, orange juice, eggs. Plus the oil for the house, the water bills. It’s just crazy. It’s so much money. How is somebody supposed to survive?”

Inflation may get worse before getting better

Both the White House and the Federal Reserve have described this inflationary spike as a temporary by-product of the pandemic, which has snarled supply chains and kept a lot of people out of work.

Like the pandemic, though, price hikes don’t appear to be going away any time soon.

“I think we’re going to see inflation get worse before it gets better,” says Sarah House, an economist with Wells Fargo.

A person shops in the meat section of a grocery store in Los Angeles on Nov. 11. Surging inflation poses a special burden on lower income households as well as vulnerable populations such as the elderly who tend to live on fixed incomes. 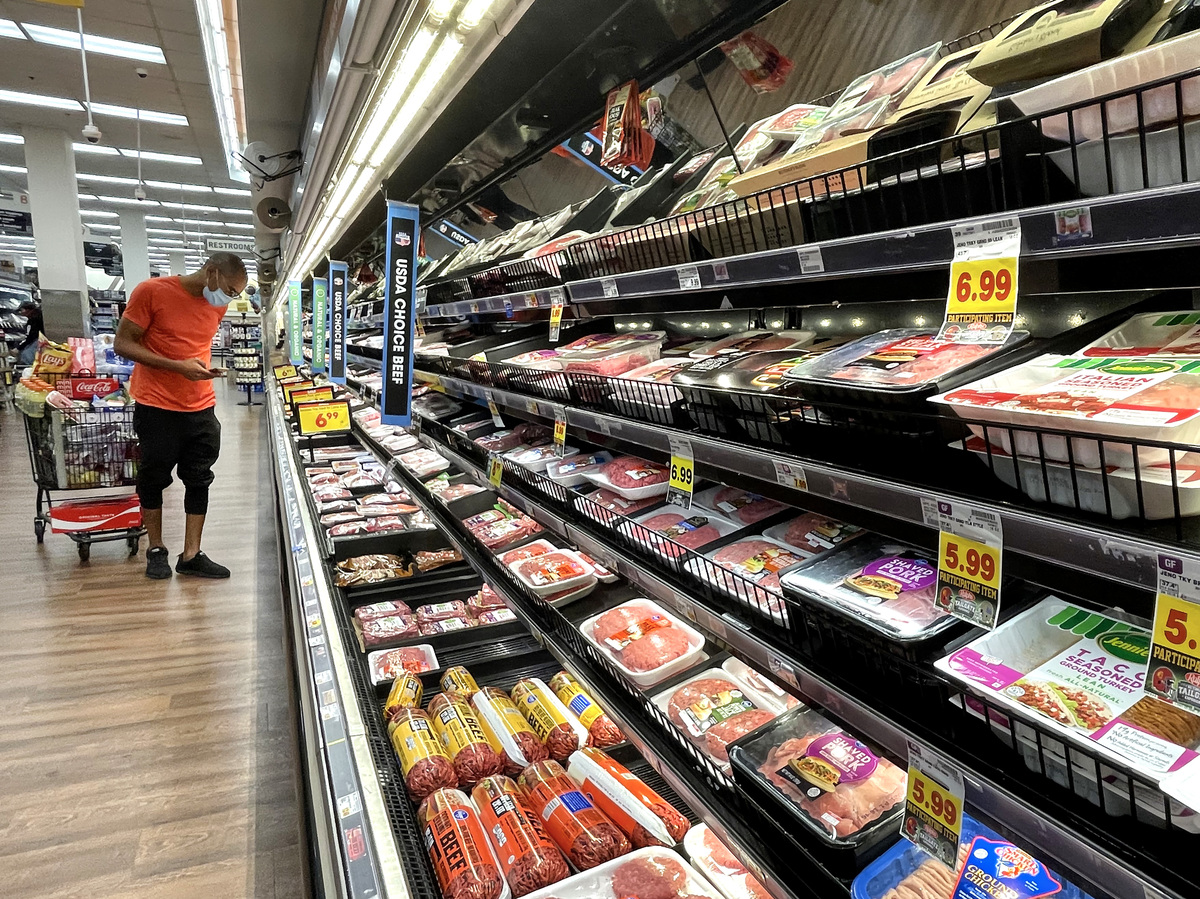 A person shops in the meat section of a grocery store in Los Angeles on Nov. 11. Surging inflation poses a special burden on lower income households as well as vulnerable populations such as the elderly who tend to live on fixed incomes.

Inflation is no longer confined to a few, pandemic-plagued categories such as lumber or used cars. Upward pressure on prices is spreading throughout the economy.

There’s nowhere for consumers to hide,” House says. “It suggests inflation is going to be stickier.”

Airfares were down in October, but they’re likely to take off again as travel picks up. Rents are rising, too.

While wages are climbing, especially in industries like restaurants, many businesses are passing those added labor costs on to customers, in the form of higher prices.

All of this is weighing on Americans’ attitudes. A survey by the University of Michigan released Friday shows people are as gloomy about the economy as they’ve been in a decade. One out of four people said their living standards had fallen this month because of inflation.

That presents a serious political liability for President Biden, whose approval ratings on the economy have fallen below 40%.

Biden acknowledges the hardship that higher prices are causing.

“Everything from a gallon of gas to a loaf of bread costs more,” he told a crowd in Baltimore on Wednesday. “And it’s worrisome, even though wages are going up.”

Biden said in a statement that reversing inflation is a top priority for him. But many voters won’t be satisfied until prices start to level off.

Nick Apodiakos wonders why the Biden administration isn’t doing more, even if the White House’s options are limited.

“I think that the White House is not focused as much on the things that the people need,” he says.

“I understand that climate change is an important thing,” he says, nodding to another administration priority. “Focus on climate change but also focus on price change.”

Republicans and Democrats contemplate a future without Donald Trump