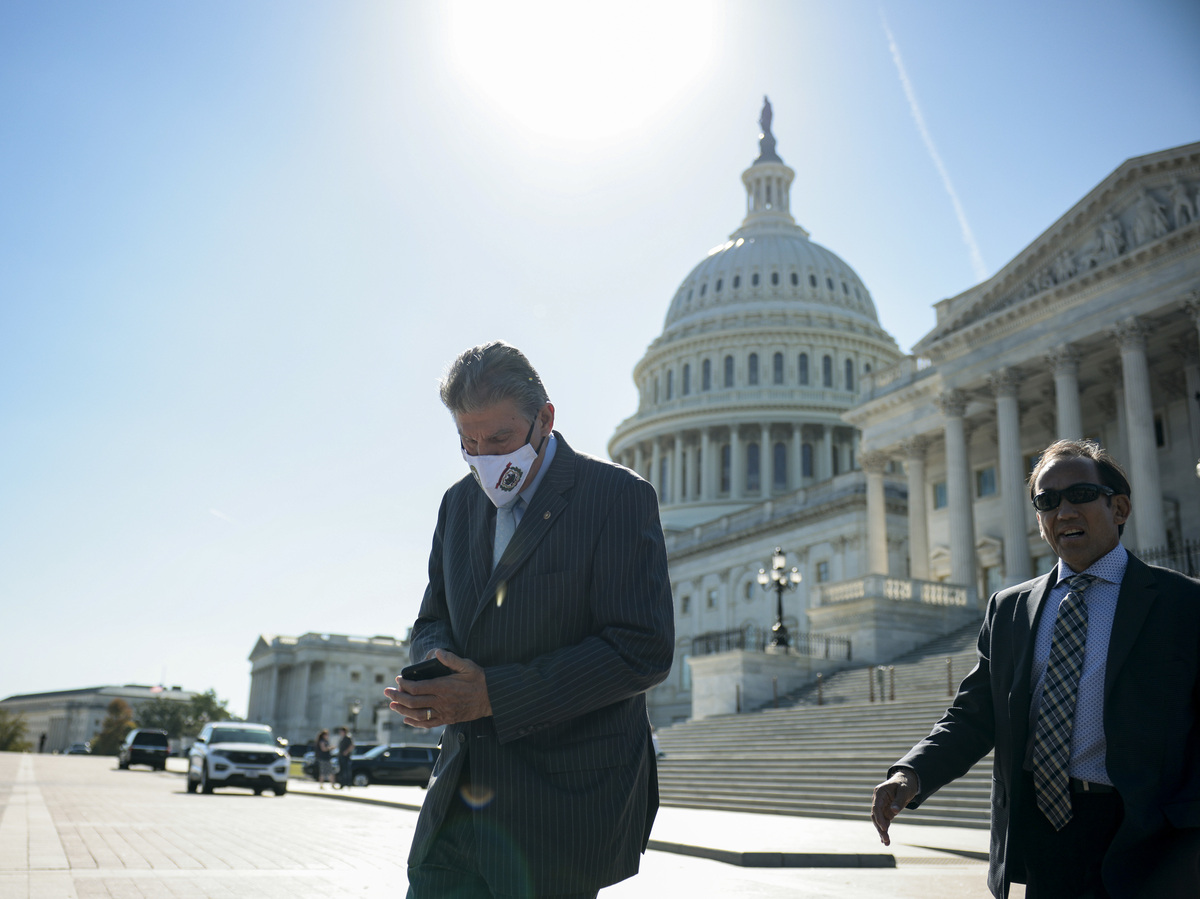 Sen. Joe Manchin, D-W.V., said he had previously offered to change his political party affiliation to independent if he were an “embarrassment” to his Democratic colleagues.

“I said, me being a moderate centrist Democrat — if that causes you a problem, let me know and I’d switch to be independent,” he told Capitol Hill reporters Thursday.

He added that “no one accepted” his offer and that even if he switched parties, he would still caucus with Democrats, as does Vermont Sen. Bernie Sanders and Maine Sen. Angus King.

This comes after a report from Mother Jones that Manchin had said he was considering leaving the Democratic Party.

MANCHIN to @burgessev and me on the report he is threatening to leave the Democratic Party if his demands are not met on infrastructure: “I can’t control rumors and it’s bullshit, bullshit spelled with a B, U, L, L, capital ‘B’”: pic.twitter.com/ex8iHMIiSs

Switching political parties isn’t politically advantageous to Manchin, who currently chairs the Senate Energy Committee. His position in the party as a centrist also gives him major political power.

For instance, a critical domestic priority for President Biden and Congressional Democrats is a spending package that would expand the social safety net and invest in climate. Initially, its price tag was set at $3.5 trillion. But because Democrats are using a process called budget reconciliation to advance the legislation without any Republican support, they need all 50 Senators that caucus with Democrats to be on board. After Manchin expressed he couldn’t support something over $1.5 trillion, Democrats went back to the negotiating table to lower the size and scope of the deal.