Michelle Wu speaks after voting in Boston on Tuesday. 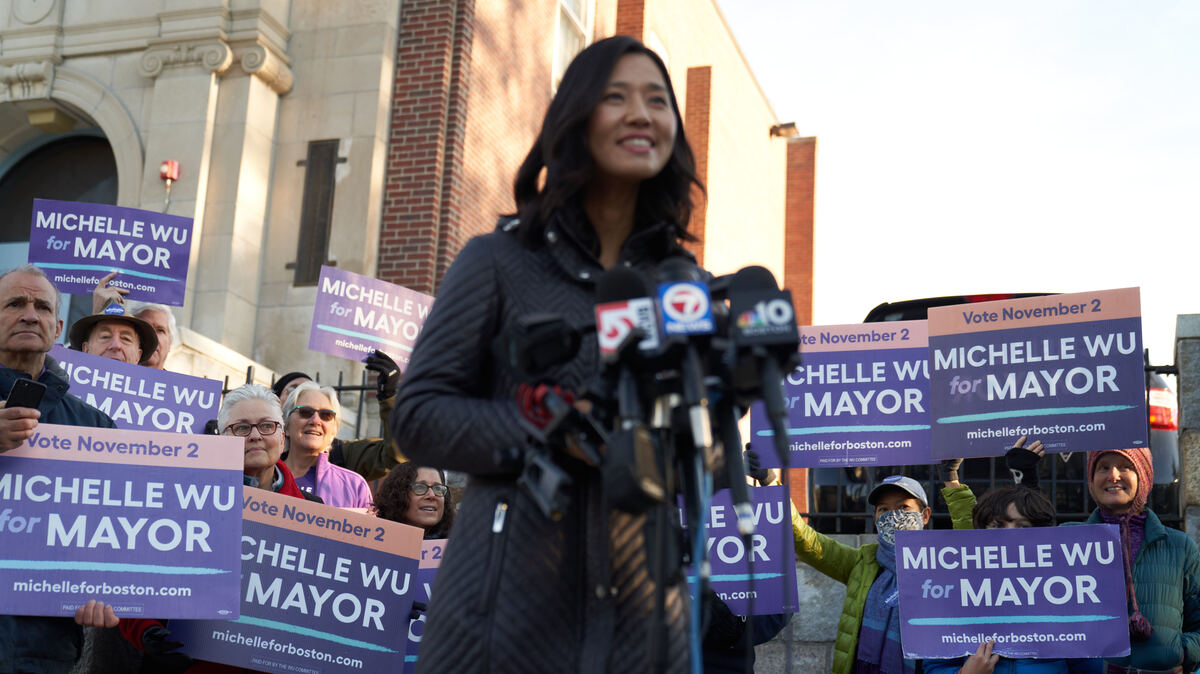 Michelle Wu speaks after voting in Boston on Tuesday.

Boston voters have elected City Councilor Michelle Wu as mayor, the city’s first woman and person of color elected to the post.

Wu, whose parents immigrated to the U.S. from Taiwan broke a 199-year streak of white, male city leaders. She moved to the city from Chicago, attend Harvard University and Harvard Law School.

She defeated fellow Democratic City Councilor Annissa Essaibi George, a self-described first-generation Arab-Polish American who was born and raised in the city.

The contest between the two candidates marked a turning point in Boston politics, which has a history of fraught racial tensions and forced desegregation. It also reflected an increasingly diverse city where Black, Latino and Asian residents now make up more than half of the population and white groups continue to shrink.

For many, the race came down to competing visions of the future with Essaibi George’s version cast as more of the old guard and Wu’s perceived as new-school Boston. Since her election to the city council in 2013, Wu has become a darling of the progressive wing of the party. Throughout the campaign she championed climate change policies in line with the Green New Deal, rent control and rent stabilization, which was narrowly voted down in the mid 1990s, eliminating fares on the metropolitan area’s public transit system, and abolishing the Boston Planning and Development Agency, arguing that it’s time to “empower a planning dept to create a master plan for updated zoning and clear, consistent rules.”

Meanwhile, Essaibi George emphasized her family roots in the city and ran on a more moderate platform. She opposed Wu’s rent control ideas and pledged to overhaul the city’s police department by adding more officers who will reflect the changing demographics, and boosting resources.