This undated photo provided by St. Louis County Justice Services shows Perez Reed, who was charged Saturday, Nov. 6, 2021, in the shooting deaths of 16-year-old Marnay Haynes on Sept. 13 and 40-year-old Lester Robinson on Sept. 26. Police are trying to determine if he was involved in at least four other homicides in Missouri and Kansas. 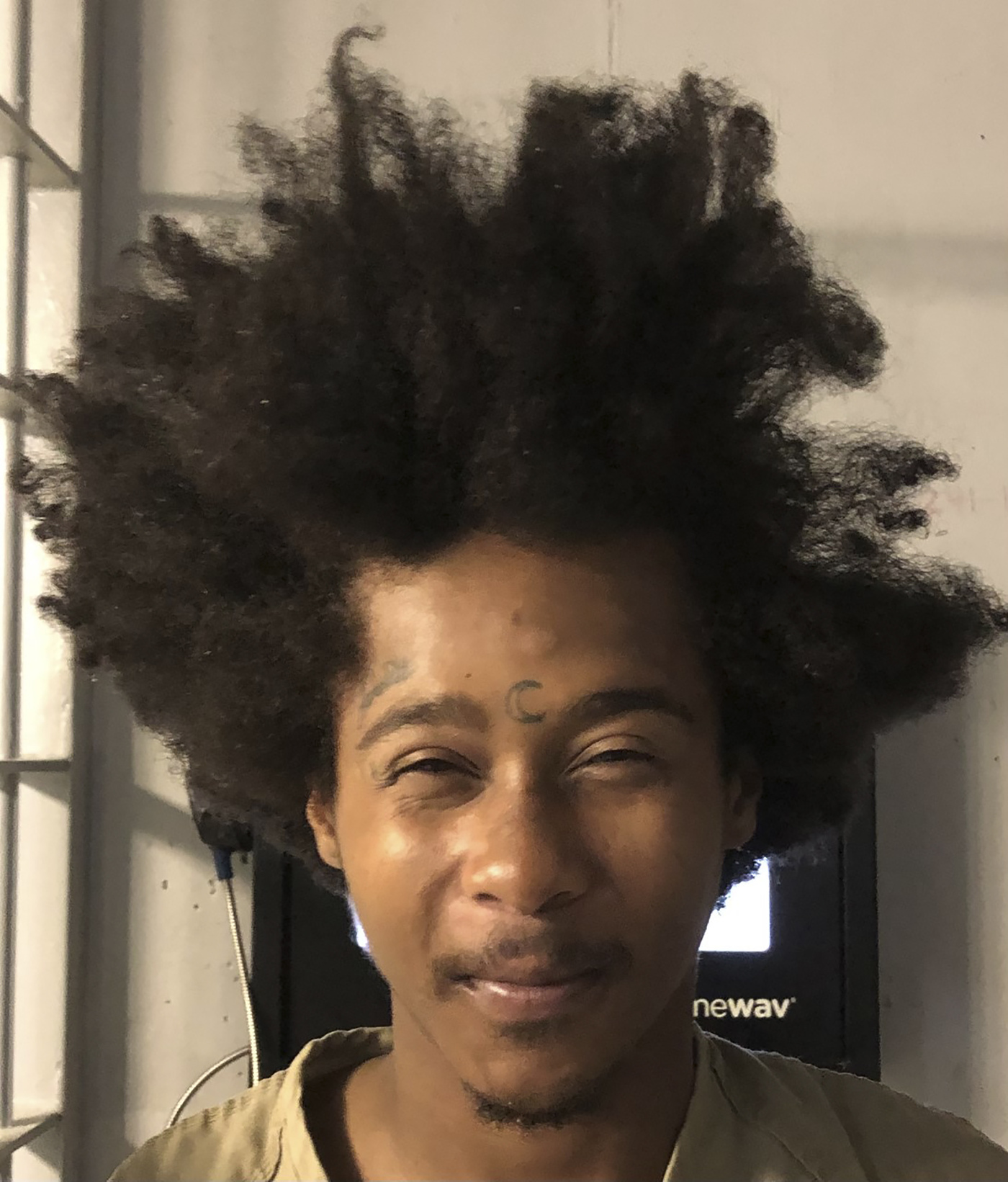 This undated photo provided by St. Louis County Justice Services shows Perez Reed, who was charged Saturday, Nov. 6, 2021, in the shooting deaths of 16-year-old Marnay Haynes on Sept. 13 and 40-year-old Lester Robinson on Sept. 26. Police are trying to determine if he was involved in at least four other homicides in Missouri and Kansas.

Authorities in Missouri arrested a man they suspect is tied to as many as six murders in St. Louis and Kansas City, Kansas, officials announced Monday.

“The defendant was arrested in possession of a .40-caliber handgun that matched shell casings located at the body of all three victims,” Bell said.

That same gun matched additional casings at other shooting scenes elsewhere in St. Louis County as well as in Kansas City, Kansas. Other charges could be pending, he said.

An attorney listed in court documents as representing Reed didn’t immediately respond to NPR’s request for comment on this case.

Reed lives in St. Louis, but traveled to Kansas City on Oct. 28, according to a federal affidavit reviewed by NPR. While there, he was shown on a surveillance camera heading to an apartment building and meeting a person who was later discovered dead in their unit. In that same apartment building, another murder victim was found days later.

The Kansas City Star reports that investigators implicate Reed in the killings of those two victims: Damon Irvin, 35, and Rau’Daja Fairrow, 25, of Kansas City, Kansas. Neither victim is named in the federal court records. According to the newspaper, information from authorities “matches homicide investigations opened by Kansas City, Kansas police earlier this month after the two bodies were discovered in separate apartments within the Wyandotte Towers, a 15-story building downtown.”

The affidavit states that the apartment complex gave police a picture of Reed’s driver’s license which was used to gain entry into the building. The apartment building’s surveillance footage showed a Black man with a crescent tattoo on his forehead, the same as Reed’s, walking with both victims.

Reed was arrested by an FBI task force this Saturday. He is currently being held on a $2 million bond, according to court records reviewed by NPR.

A motive is unclear so far

U.S. Attorney Sayler A. Fleming with the Eastern District of Missouri, who spoke alongside local authorities on Monday, said Reed’s arrest was the result of, “relentless investigation of these hideous and violent crimes.”

No officer shared any possible motive for these attacks with reporters. Police did note that the victims did not appear to know one another.

Bell, the prosecuting attorney in St. Louis, said authorities as of now are not calling Reed a “serial killer,” as he has so far been charged with two murders. The standard definition for a serial killer is someone who murders three or more people.

Notorious serial killers captured by authorities include John Wayne Gacy, who was convicted of killing 33 young men and boys in the 1970s and Samuel Little, considered the most prolific serial killer in U.S. history.

It took some time to catch these two men. Gacy was captured in 1978 after getting away with his crimes for six years.

Photos: Loved ones reunite as U.S. reopens to international travelers