People gather at the scene after a bomb blast hits a Shiite mosque in Afghanistan’s southern Kandahar province on Friday. 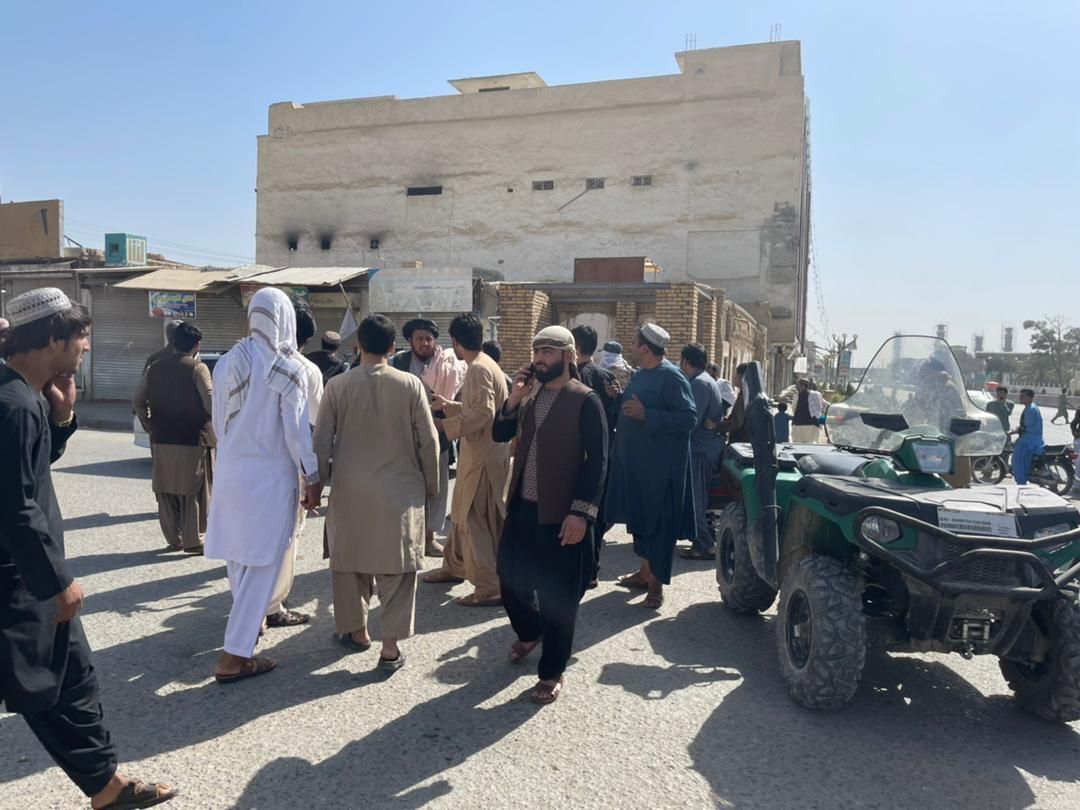 People gather at the scene after a bomb blast hits a Shiite mosque in Afghanistan’s southern Kandahar province on Friday.

A group of suicide bombers attacked a Shiite mosque in southern Afghanistan, triggering explosions that killed dozens of people during crowded Friday prayers.

The attack came only a week after a similar blast killed dozens of Shiite worshippers in the country’s north.

The explosion occurred at the Imam Barga mosque in central Kandahar, a Taliban spokesman told The Associated Press. Local officials described it as a Shiite mosque. The cause of the blast isn’t yet clear and there was no immediate claim of responsibility.

A witness, Murtaza, who goes by one name like many people in Afghanistan, told the AP by phone that four suicide bombers entered the mosque — two detonating explosives at a security gate to clear the way for the other two to enter the compound, where prayers were ongoing. He said that about 500 people may have been in attendance.

The attack appears to bear the hallmarks of last week’s suicide bombing at a Shiite mosque in northern Kunduz province that killed at least 45 people and wounded dozens more — timed for maximum casualties during Friday prayers that typically attract the largest number of worshippers.

The earlier attack was claimed by the Islamic State – Khorasan, or ISIS-K, which views Shiite Muslims as apostates and opposes the Taliban regime. While the Taliban have pledged to restore order in Afghanistan after decades of war, since they seized full control of the country in August, the ISIS affiliate has increased attacks in the country.

At least 16 killed as explosion rocks mosque in Afghanistans Kandahar